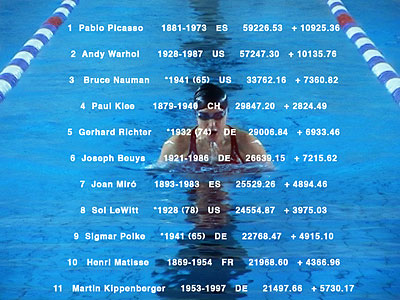 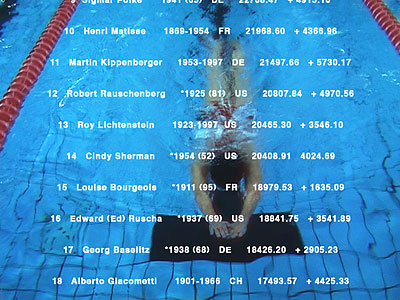 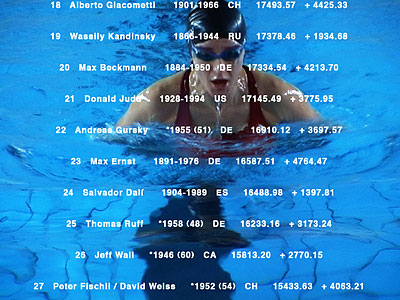 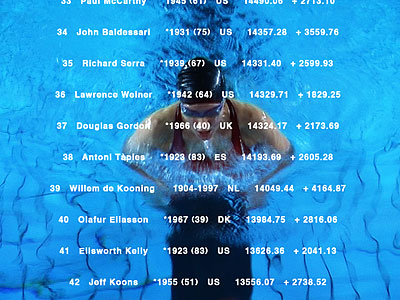 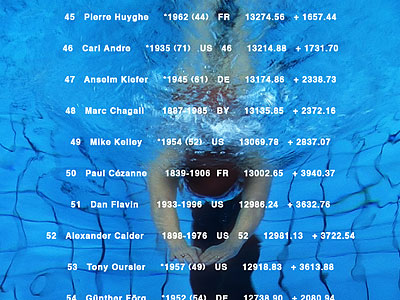 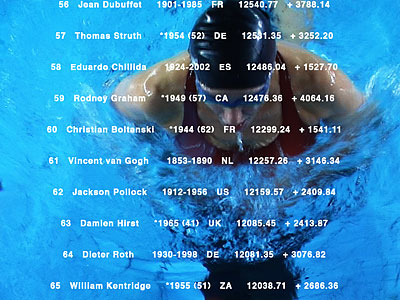 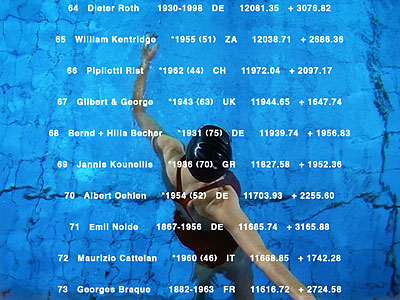 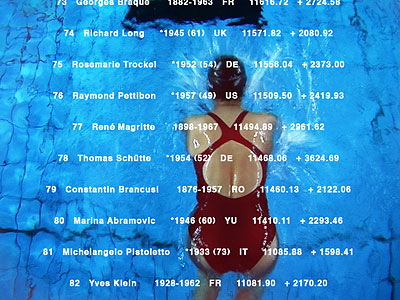 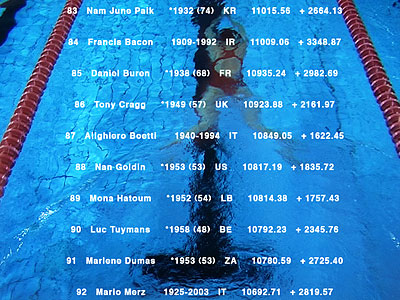 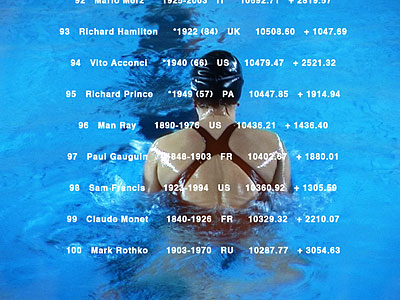 Olympos (Olympus) is a video work developed by the artists subsequent to the cycle Siegerehrungen (Award Ceremonies).
Mount Olympus, the sacred mountain of the Greek gods, substitutes here for the place of divine advent, the home of the saints, of the mighty, the victors. Its name is used symbolically in the most diverse areas of society: sports, politics, culture, business...
By uniting artistic and sporting activities on the same plane, Alba D'Urbano and Tina Bara investigate the symbiosis between these divergent social spheres, focusing their artistic idea around the connection between art, politics and the market. In both fields, it is a question of unconditional action by the participants and of combative behavior, both with ones own self as well as with others.
In order to gain admission to and engage in such competition in the first place, certain preconditions must already have been fulfilled: talent, sponsorship, victory, integration into social systems. By highlighting the success of a select few, the media spotlight obscures the failure of the majority.
Since Siegerehrungen (2003), Alba D'Urbano has taken swimming instruction from a former GDR swimming champion who was photographed for the work. For this piece, she had herself filmed by her colleague Tina Bara while swimming laps in a swimming pool. She swims back and forth until her strength gives out and she reaches a state of total exhaustion.
Shown running like film credits above this action, which runs continuously and without pause as a video, we see the names of the most successful artists, which are ranked by market strategy and assigned positions in the top lists of business newspapers. In this way, the market establishes a current ranking for various contemporary and historical positions, which are then pressed - not unlike in the field of competitive sports - into a definite hierarchy.
This work thematizes our identification with winners as role models in a performance and marketoriented society while alluding ironically to the absurdity of such competitive behavior.