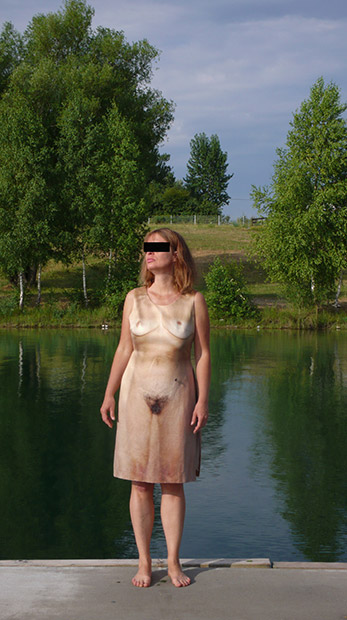 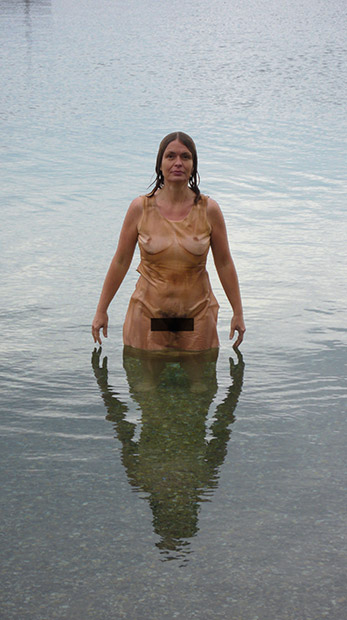 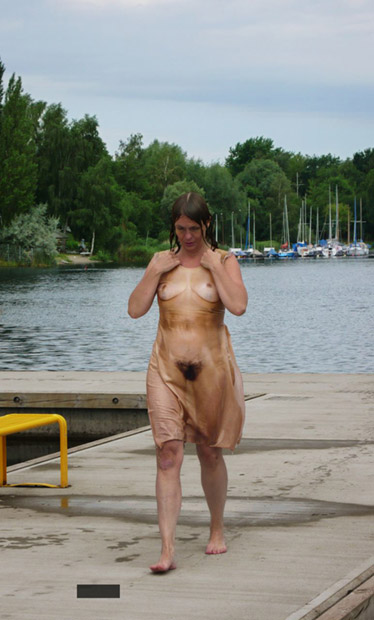 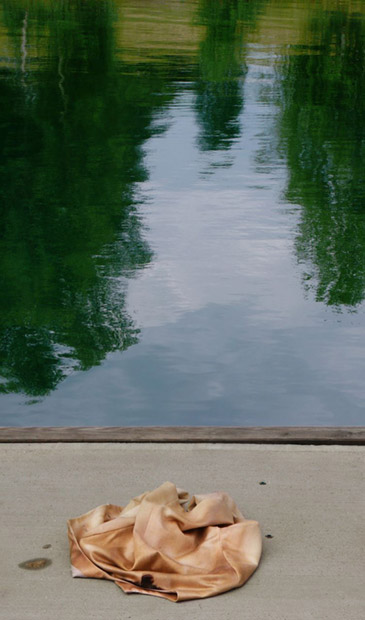 The concept of playing with the censor bar is taken up once again in four photographs featuring the body in the skin dress, which were produced alongside with the video. In the first photograph, Tina Bara is striking a pose that is reminiscent of the work “Award Ceremonies.” Like in the previous BStU photographs, her eyes are covered by a censor bar. However, after she has jumped into the water, the bar has suddenly shifted and when she emerges it covers her pubic area – a common place for censor bars in anonymous pornographic pictures. The protagonist is also playing with the Venus motif, in this case in a kind of parody as she is looking directly at the observer. In the third photograph the censor bar has vanished completely and the protagonist is striding ahead, self-absorbed and stubbornly – only to abandon the photographic space altogether in the fourth picture as well as the protective skin dress, which is being left behind on the landing stage, hard to identify, like the memory of the nude body. The result of the bars changing places and ultimately disappearing is a game which plays with the notion of seeing and being seen, of concealing and revealing, of heteronomy and autonomy.