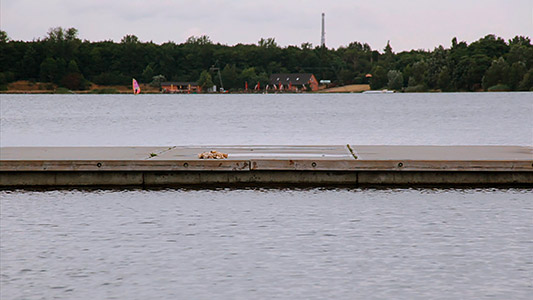 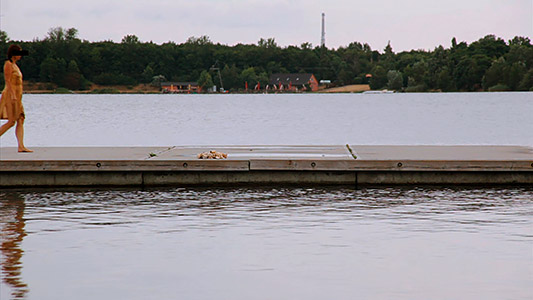 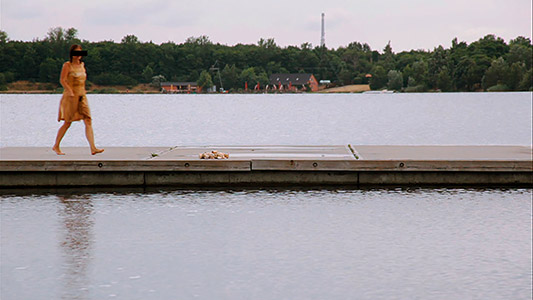 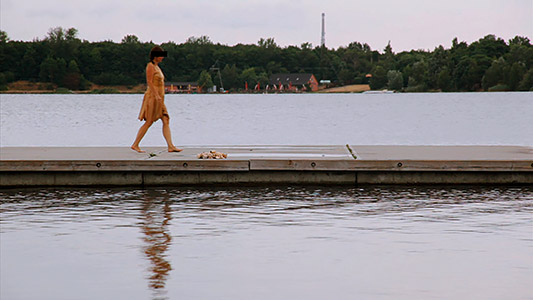 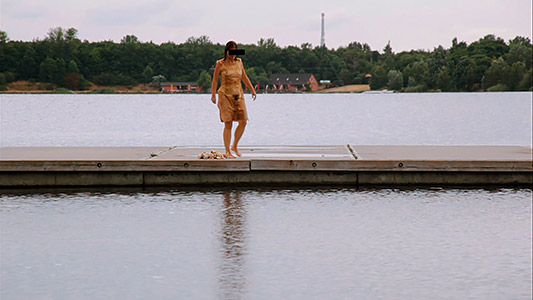 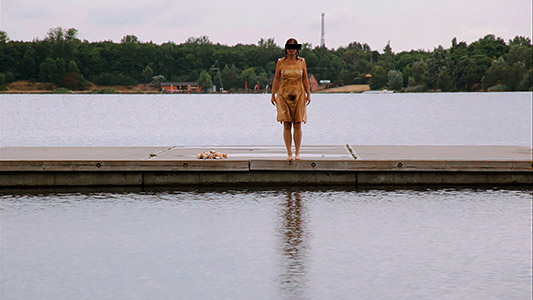 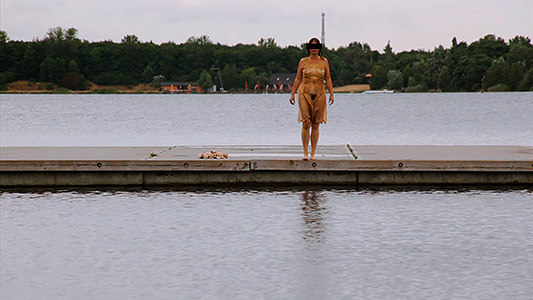 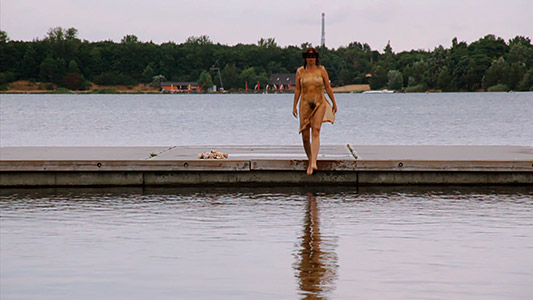 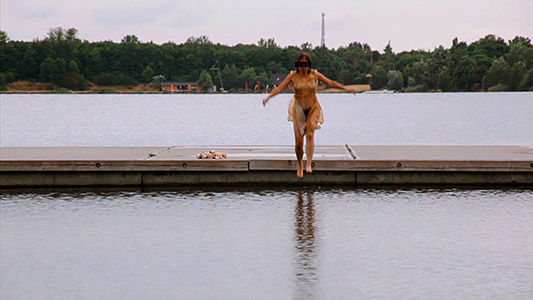 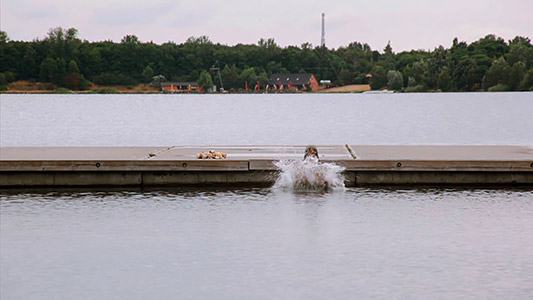 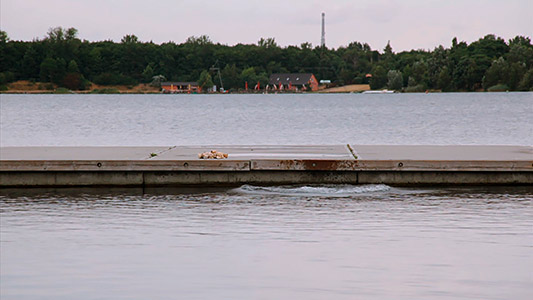 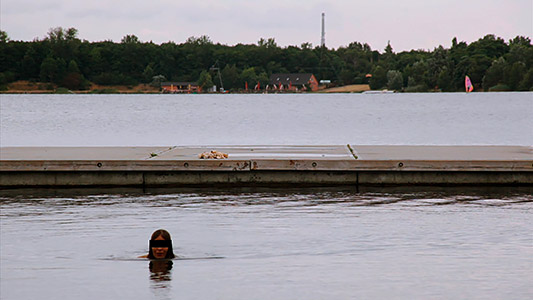 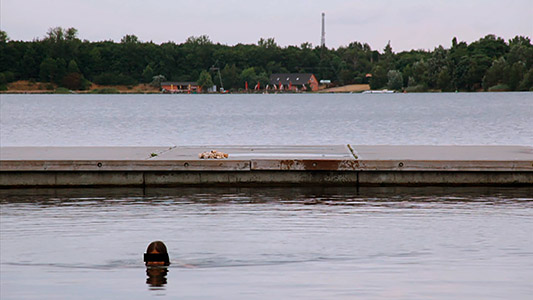 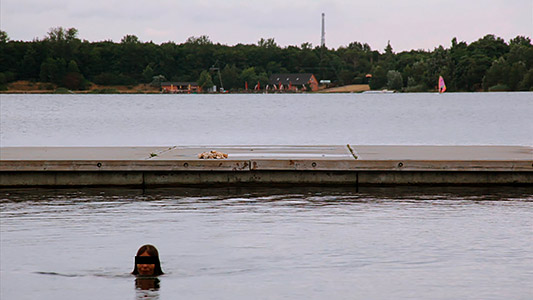 The video work Re-Flection actualises various questions and contents of Covergirl and transports them into the present through the repetitive metaphorical action of jumping into the water. The setting is a lido in one of Leipzig's suburban areas named Grünau.

The video in which Tina wears a skin-dress by Alba in order to jump into the water naked (but at the same time not naked), connects - beyond the inherent questions in Covergirl - our collaborative work and our themes, which constantly revolve around body standardisation, biographical processes, memories and the confrontation of social and medial power mechanisms. The black bar placed across the eyes not only ironically references the anonymous photos from the BStU archive in Story Tales, but also refers to general questions of identity and the right to one's 'own image'.